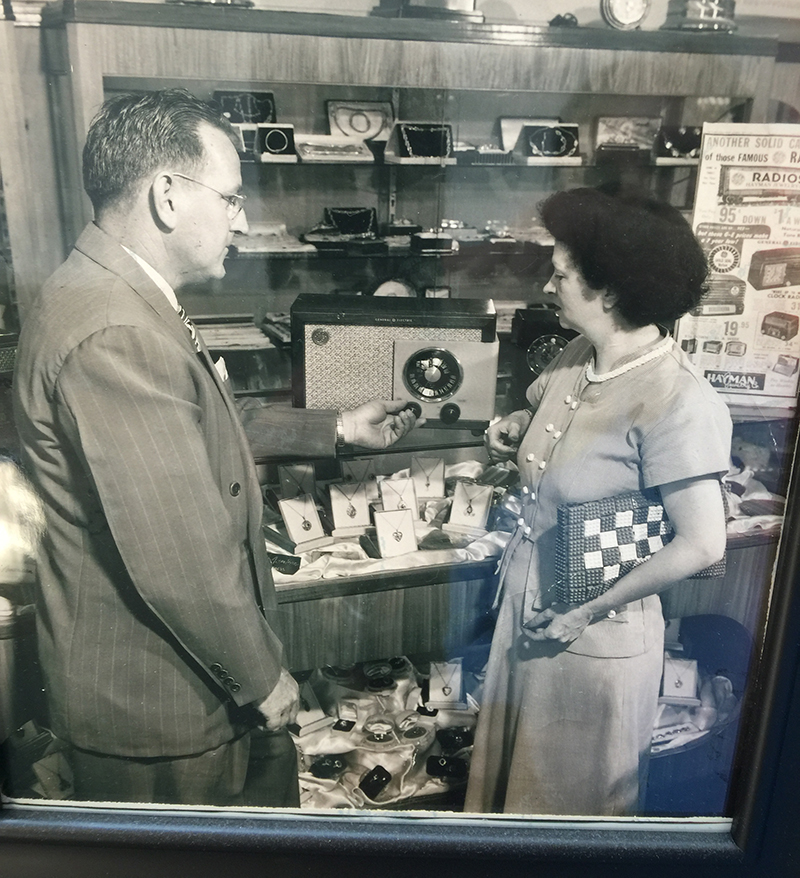 When, during times of giddy prosperity, downtown shops moved from downtown Tampa to shopping centers on the south side of town, the Hayman Jewelry Co. stayed put.

And during an era when places such as Sam’s Club carry costly diamonds alongside bulk paper towels, Hayman’s continues to offer old fashioned service.

Hayman’s, which has moved five times within a five-block perimeter, is still downtown, now on Madison Street.

The family’s best customers know the location and might not come with them if the shop moved, Alison Hayman Thornton says. S.L. Hayman said the same thing in the 1950s.

The Hayman family has been in the jewelry business since the 1930s, when S.L. Hayman began by selling watches from his car during the Depression. His son, Dan, came aboard at age 19, and he’s still there at 72.

Dan Hayman’s daughter, Alison, signed on in 2000 and became a certified gemologist. Her husband, Deron, works there, too.

Parts of this article were published in The Tampa Tribune
on October 9, 2007